Four manual rain gauge stations have been installed in Nam Ton Watershed. Data are recorded on a daily base by nominated rain gauge keepers. Except for the station of Naxam, where the rain gauge keeper were not able to carry out his duty properly, the other stations allowed to get full set of data for the first year 2013, starting from installation date (approx. March 2013).

The next graphs show the Time Series obtained in 2013 and 2014 at the 4 rain gauges. The only station that presents a full set of data is the Phialat station. In Naxam, it has been not possible for the project to get good commitment with the rain gauge keeper and in Nalat and Houeykham, the rainfall was not recorded from end of October due to the (false) assumption that no more rain could be expected after this period. This shows that substantial steps forward still need to be done in Lao PDR for getting full awareness and commitment for getting knowledge of the field conditions. 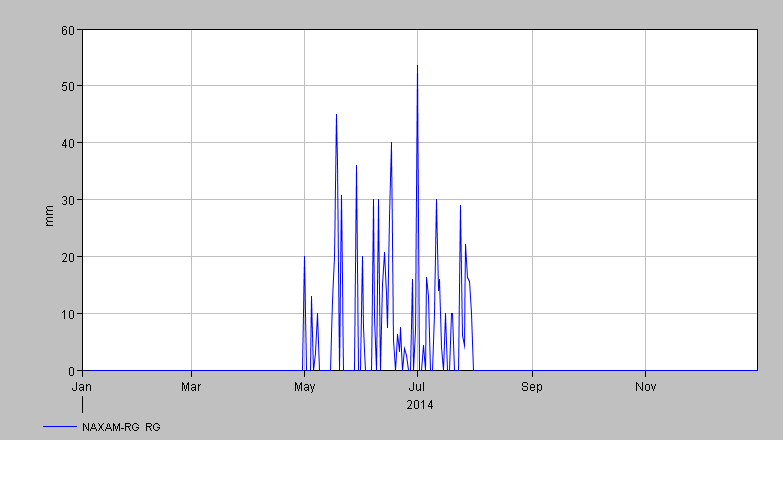 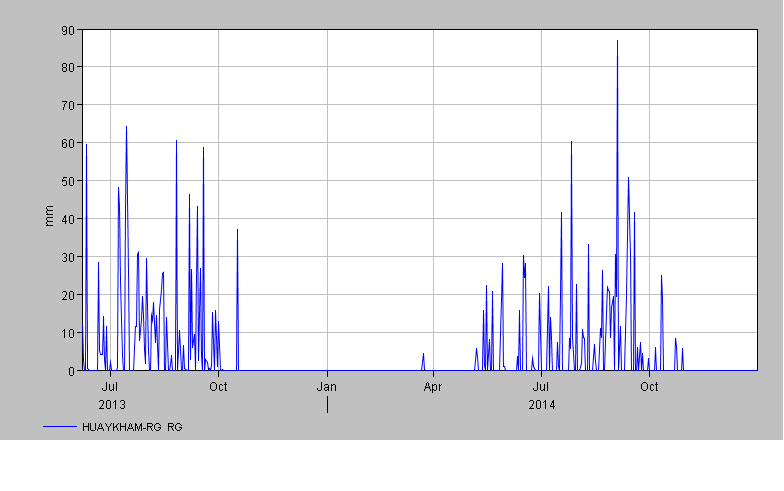 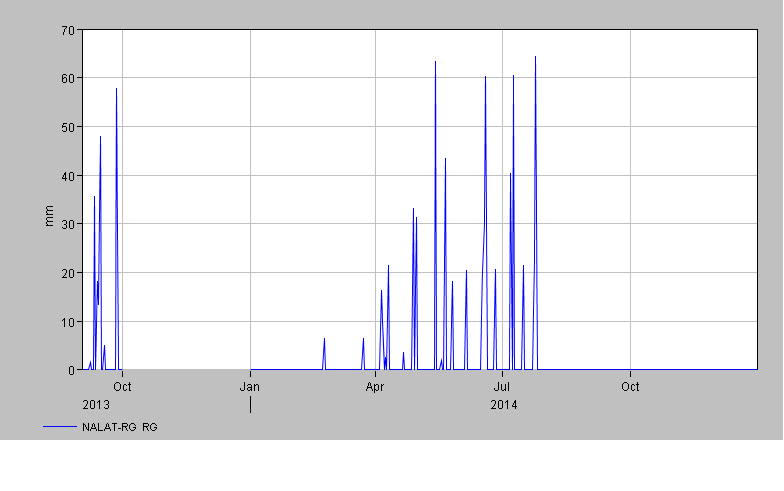