Water level in the Nam Ton watershed streams is measured manually in 6 different locations. The equipment consists of set of staff gauges installed at different levels of the cross section of the rivers. Staff Gauge keepers have been nominated to make a daily reading of the water level. This value is reported in a Staff Gauge form which is monthly collected and encoded into the Hydro-Meteorological data base. The figure below shows the position of the 6 staff gauges with some illustrations.

The next graphs shows the Time Series for the 6 staff gauge for 2013 and 2014. The equipment was installed in February-March 2013, it is why the beginning of 2013 is not covered. The hydrographs shown bs a good illustration of the hydrology in this kind of small watersheds in Lao PDR. The rainfall period from April to first part of July is to a great extend stored in the low areas and paddy fields and also in the aquifers. End of July and August, e storage capacity decreased, there is a risk of flash flood with peaks over several meters occurring particularly in August and September. The base flow is also well characterized for a period from  end of December until end of April. 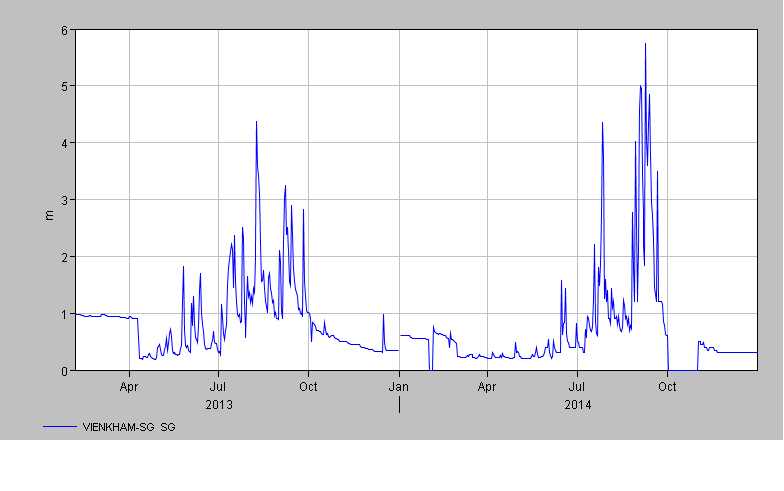 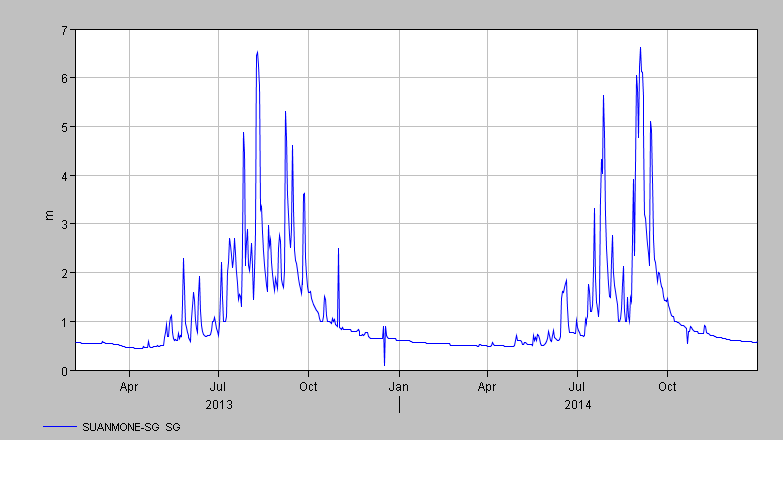 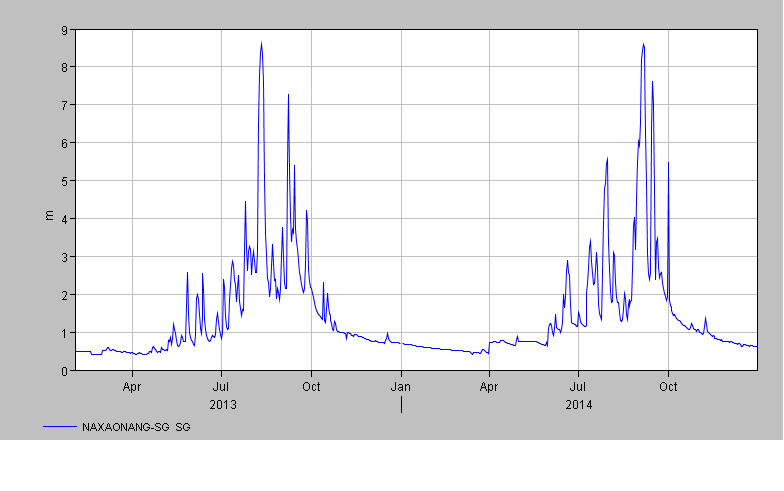 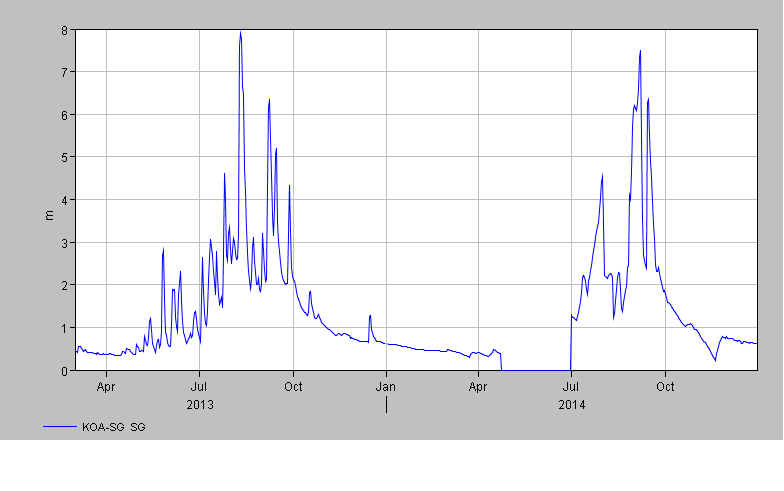 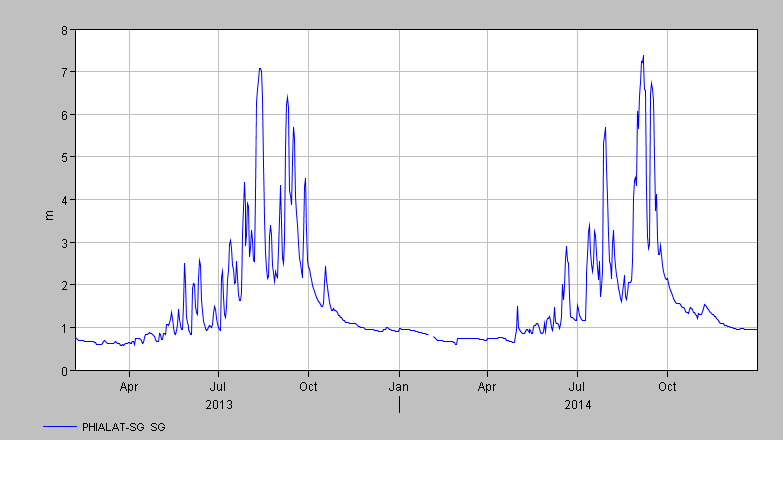 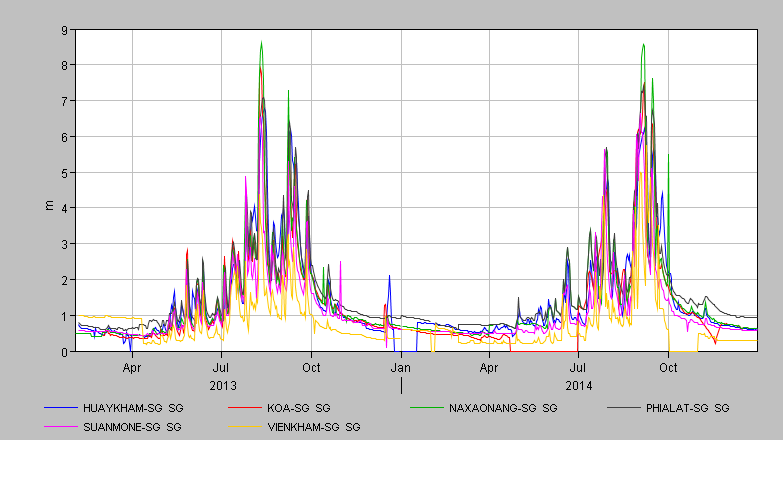